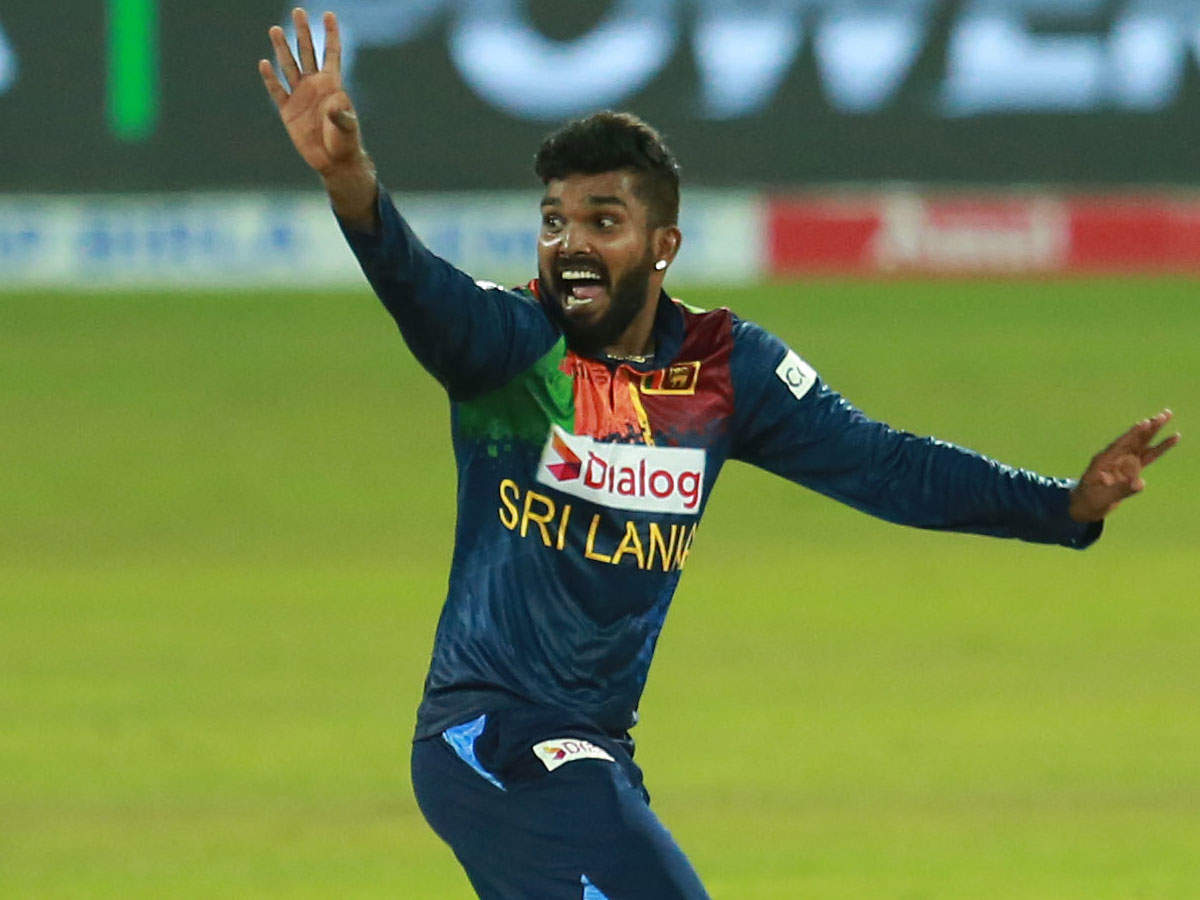 ColomboSri Lanka defeated Team India by 7 wickets in the 3rd T20I without star players. Leg-spinner Wahindu Hasaranga (4 wickets and 14 not out) played a key role in Sri Lanka’s victory with his best performance on his birthday. He broke the back of Indian batting by taking 4 wickets. India could reach only 81 runs for 8 wickets. In reply, Sri Lanka achieved the target in 14.3 overs for the loss of 3 wickets. With this, he won the series 2-1. The team led by Shikhar Dhawan won the first match, while Sri Lanka won the series by winning the second and third matches. In fact, on the day of the second match, Krunal Pandya was found to be Kovid-19 positive and the other 8 star players who came in contact with him had to be out of the series. After this, India fielded 4 new players and gave a tough competition to Sri Lanka, but lost the exciting second match.

Vahindu Hasranga made the condition worseLeg-spinner Wahindu Hasaranga took India’s inexperienced batting line-up to allow them to score only 81 runs for 8 wickets. India’s fate was given only by the toss but its decision to bat first was not right. Only three Indian batsmen reached double digits, with Kuldeep Yadav at number seven scoring the highest 23 not out. Kuldeep remained at the crease for 11 overs.

shameful record of indiaIndia managed to play the full 20 overs and exceed their lowest score (74 runs, vs Australia, 2008). This is India’s lowest score in T20 after playing full 20 overs. Only four boundaries were hit from India’s side. The pitch was helping the spinners and the batsmen had no answer for Hasranga’s fiery deliveries, who took four for nine. Captain Dasun Shanaka (2 for 20) took two wickets while Dushmant Chamira and Ramesh Mendis took one wicket each.

Star 5 batsmen got out for 36India’s five specialist batsmen were in the pavilion within 36 runs. Captain Shikhar Dhawan (nil) caught it at slip in the first over. After this the Sri Lankan spinners dominated. Off-spinner Ramesh Mendis dismissed Devdutt Padikkal (nine) leg before while Hasaranga got rid of Sanju Samson (nil) and opener Rituraj Gaikwad (14). India’s score was reduced to 25 for four after five overs.

Bhuvneshwar scored 16 runsBhuvneshwar Kumar (16) had to step into the crease in the powerplay but the lone specialist batsman Nitish Rana (6) also failed to take advantage of the opportunity. In an attempt to play Dasun Shanaka’s ball at midwicket, he caught it back. India reached 50 in the 14th over, after which Shanaka took the best catch of Bhuvneshwar to give Hasranga the third wicket. Bhuvneshwar played 32 balls and did not hit any four which is an Indian record. Hasaranga took the fourth wicket as Varun Chakraborty thus creating a new record for the best bowling performance on his birthday.

Thrill of Sri Lankan inningsThe Indian bowlers bowled tight in the beginning as Sri Lanka scored 23 runs in the powerplay and in the meantime lost the wicket of Avishka Fernando (12). Rahul Chahar (3 for 15) took a beautiful catch of Fernando off his own ball. Chahar then dismissed second opener Minod Bhanuka (18) leg before. Scoring runs was not easy for Sri Lanka too but they kept wickets. He reached 50 runs in the 12th over. Chahar bowled Sadira Samarawickrama (six) off his last ball. After this, Dhananjay de Silva (23 not out) and Hasranga (14 not out) took the team to the target with ease. Umpire Kumar Dharmasena caught D’Silva behind the wicket off Varun Chakravarthy but the batsman survived the dismissal with the help of DRS. The ball came out wide which was also Sri Lanka’s winning run. Earlier, the Sri Lankan bowlers also benefited from the inexperience of the Indians.