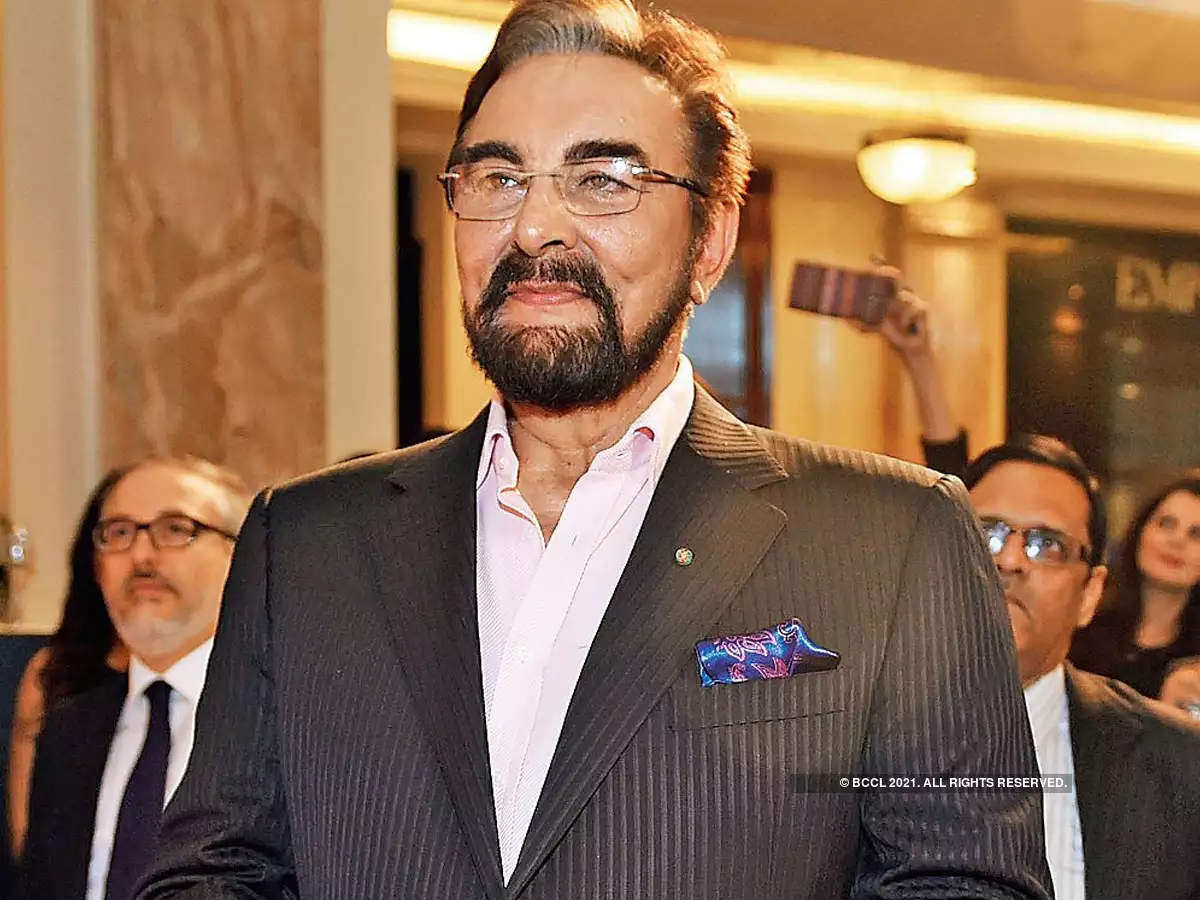 Kabir Bedi, a well-known artist of film, theater and TV, has recently written his autobiography. He is one of the few artists of the present era, who were born before the independence of the country. Kabir talks to us about his book, life and the film industry:

Why did you take so long to write your autobiography?
Late aaye fit aaye… (laughs) See, I could have written this story many years ago. But I feel that if I write the story from the perspective of what I have understood after coming to this stage, then this story will be much better than before because I have written it from a sensible point of view. When we are young, there is an emotion, a passion, a joy and a displeasure. If I had written this when I was young, all these things could have affected me. I am writing this story with better understanding.

You are one of those few people who are associated with Bollywood and were born before the independence of the country. So how do you watch Hindi film today?
Bollywood is a wonderful industry and produces the largest number of films in the world. There is no equal to the way Bollywood has entertained the whole country and the amount of happiness it has given to the people. I think Bollywood has become an identity of India. Bollywood has an important role in the history of India. It was my luck that I entered this industry. He made me an actor, due to which I was selected for the project in Italy, due to which I got international success. So Bollywood has given me a lot. And coming to Bollywood, I met amazing legends, talked with Persian. I knew Devanand sahab, did a film with him, knew Dilip Kumar sahab was doing a film with him but that didn’t work out. Spent many wonderful evenings with Raj Kapoor. So knowing all of them was very special because they were legends.

You have also worked in Hollywood in the beginning. So what difference do you see in Hollywood-Bollywood?
India has a film industry while Hollywood is a global film industry. Their reach is all over the world. His films are made from an international perspective. Our films are made from a sloping perspective. We have made it an art form of how to combine dance and songs into films, just as opera is an art form for Italians, so for us songs and dance is an art form that is not seen anywhere else. The way Hollywood works is also different, they prepare for two years, then shoot the film in two months. We do less preparation and hence take more time to make a film. Sometimes we have a film made in installments which never happens in Hollywood. But each industry has its own system. Italians prepare like America, but they make films like India because it is not easy for them to make films like America. Because in India even at the last minute, if the director thinks it necessary, then changes are made in it.

You also worked for films, theater and TV. Who do you find closest to your heart?
I think the greatest satisfaction for acting comes from theater where no one stops you. You perform flawlessly from start to finish. Understand the pulse of the audience in your own hands. What is the response of the audience, you can see at that time. This satisfaction belongs to the theatre. But few people see him. Millions of people watch you on TV. The instant fame you get on TV is difficult to get on theatre. Movies are rarely made, in such a situation, the film which is your best, makes your identity in people’s heart and you become immortal with that film.

Your third generation has also appeared in films. Alaya has also made a good debut. What difference do you see in the film industry then and now?
I am very happy and it is a matter of great pride for me that Alaya won the Filmfare Best Debut Award. And I got a chance to present that award. That is a special moment in my life that I could give this award to my granddaughter. This is a matter of three generations in Bollywood. Talking about the film industry, now the method of making a film, the technique, what the actors-directors do not have to do. In today’s era, hero-heroine needs all kinds of abilities for success. But what will always remain the same about films is a good story, which will never change. This film industry will always be in search of a good story.

An actor is always an actor. So today coming at this stage of age, how do you feel that in theater or acting, there is such a thing that has to be done and you are still concerned about it?
I have done all kinds of roles in Bollywood and Hollywood, although there are many such roles which are yet to be done. As I haven’t done science fiction yet, I want to do this kind of role. I want to do more variety of roles. I hope that in the coming time these roles will also be presented in front of me and I will. Because my career is still going on, people know me. Will come to me if need be. Like I have got many offers for OTT, but I have not got such a project, seeing that I felt that yes I want to do this. So just now I am waiting for a role that will make my mark in the OTT space.