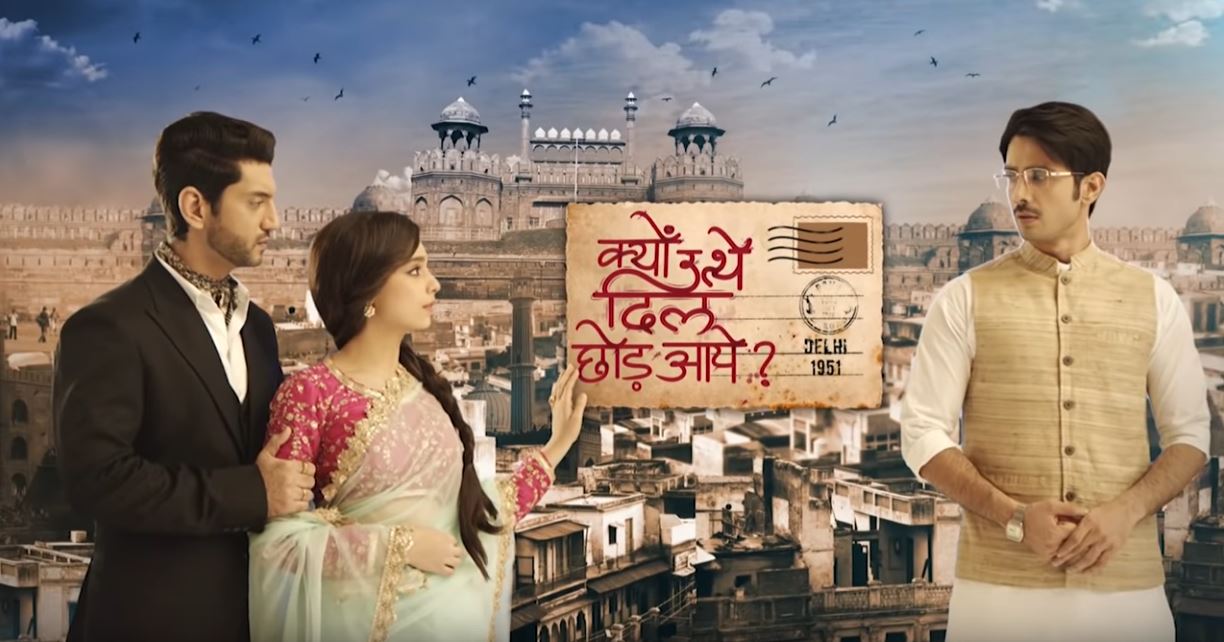 The Episode starts with Amrit hiding from Kaveri. Kaveri gets the keys and thinks something is wrong. Uday leaves. Manak sees Mohan coming. He worries. Mohan sees Vashma and says you thought you will tell everyone about your child, never. Manak hears him. Mohan leaves. Uday comes back and sees Mohan leaving. He asks Manak to come back. He says its good your dad didn’t see you. Manak says dad was telling something to aunty, your son… Uday asks what, does he know anything about Kabir.

Randhir asks what was Kaveri hiding. Amrit says its Veer’s autopsy reports. Randhir checks. She says I don’t understand why was she hiding this report. Kaveri says Amrit took Veer’s reports, I m sure. Randhir says Veer was drugged, no one has seen him taking any drugs. Amrit says it means Kaveri knew it, but she just came here, it means she was staying away and was administering the drugs to him. Vijender says if they understand that I did this, what will happen. Amrit says Naman… he was going to tell something, Kaveri stopped him, she is very cunning and dangerous. He says I will not spare the culprits who is behind Veer’s death. She says we couldn’t protect Veer, we will protect Nalini. Kaveri says its not easy to defeat me as they think.

Randhir says Kaveri conspired against Veer, she wanted to make him mad, he couldn’t become Nalini’s good son, I will go and tell the truth to Nalini. Amrit says we have no proof, we have to be careful, Kaveri can harm anyone. Nalini comes. Amrit says I was trying to write an article. Nalini asks Randhir to write a speech. Randhir says Amrit has already written the speech. They go. Kaveri sees Amrit keeping the reports. Amrit reads the speech. Servant says some fan mails have come for Amrit. Randhir says your voice and thinking are reaching people. He reads a fan mail and praises Amrit. Nalini says I feel its imp for a woman to be a mum, a woman is incomplete without a child.

Randhir defends Amrit. Nalini says she wrote this speech for me, I will say what I want to say. Amrit cries. Nalini goes. Amrit asks him not to get angry, they will take little steps to change the mindset of the society. She says I wish every girl was so lucky to get a loving and understanding husband. She hugs him. Servant comes and says a doctor from London, Dr. Akash has called you to meet. Randhir says sure, we will go. Naman looks on. Kaveri gets a letter written. Naman says Randhir and Amrit are going to the doctor. She scolds him. She says go and stop them, else my plan will be ruined. Amrit asks why did we come here. Randhir says I will tell you. Naman looks for the doctor’s clinic. He doesn’t find the clinic. Randhir says doctor is going to come here, I didn’t wish to take risk. They meet Dr. Akash. He thanks him for coming on his request. Amrit goes for the checkup. Naman says Randhir and Amrit tricked me and left. Kaveri says Nalini has to accept that Randhir isn’t her real son.

Randhir says I can’t risk her health, its fine if we can’t have a child. Akash says wait, listen to me, you wanted to know my opinion, your wife is already pregnant. Randhir and Amrit get surprised. Akash says there is a healthy baby in her womb. Randhir asks what, it means we can become parents. Akash says yes. They rejoice. Amrit asks did you check well, our doctor said about internal injuries and complications. Doctor says but there are no internal injuries. Randhir says thanks doctor. Amrit hugs Randhir.

Precap:
Amrit asks the doctor why did you lie. Doctor says Kaveri told me. Nalini reads Veer’s letter and cries. Vijender asks did that thief say right about Randhir.