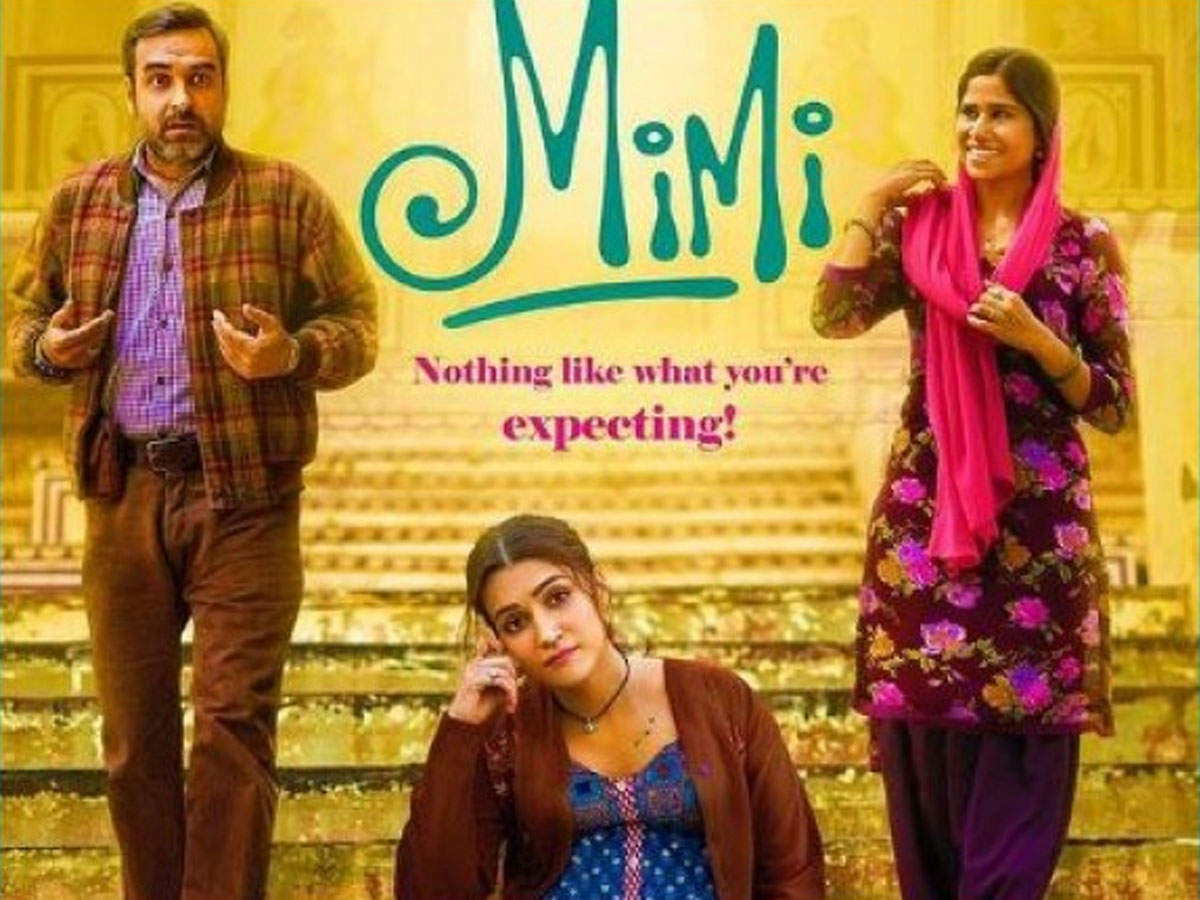 For a long time the lead role film ” was in the news. The film was supposed to release on 30 July 2021 but it got leaked online on the morning of 26 July. Due to this, in a hurry, the makers released it online on the evening of 26 July. The film is made on the issue of surrogacy. There was a time when India had become a haven for surrogacy for western countries and surrogacy became a business here. In ‘Mimi’, an attempt has been made to show this issue in a slightly emotional way.

Review: The plot of the film is very good. There is no doubt that the film starts off very well. The story gets on track immediately. Some comic scenes of Pankaj Tripathi are well made. Kriti Sanon is good in the character of Mimi. Some scenes of Kriti are very lively. He had a lot to do in this film but the screenplay is so dull written that you start getting bored after a while. The film is excessively long and seems cumbersome. Although it is to be believed that Kriti Sanon has acted well in the film but if the screenplay is weak then the artist cannot do anything. Apart from Kriti and Pankaj, Manoj Pahwa, Supriya Pathak and Sai Tamhankar are in supporting roles in the film and all have lived their characters to the fullest. Kriti’s entry in the role of Mimi is bang on. The song ‘Param Sundari’ picturized on her has already become a hit. Talking about acting, no artist is less, but the screenplay and direction of the film are very poor.

Acting: The film is entirely of Kriti Sanon and Pankaj Tripathi. Kriti Sanon has already proved herself that acting comes to her. It is the same here that Kriti could have done a lot, but despite being the lead role in the film, her character has not been given as much space as it should have been. Perhaps the director may be relying more on Pankaj Tripathi, so Pankaj has been given a lot of space. The timing of Pankaj Tripathi’s dialogues is amazing as always. This is his third film with Kriti Sanon. Earlier, both of them have appeared in ‘Bareilly Ki Barfi’ and ‘Luka Chuppi’, so the chemistry of both of them also looks good. Although Pankaj Tripathi is becoming monotonous and this thing is now visible. Manoj Pahwa, Supriya Pathak and Sai Tamhankar have done justice to their characters.

Why watch: The film is on the issue of surrogacy but is clean. If you are a fan of Kriti Sanon and Pankaj Tripathi, then you can see.