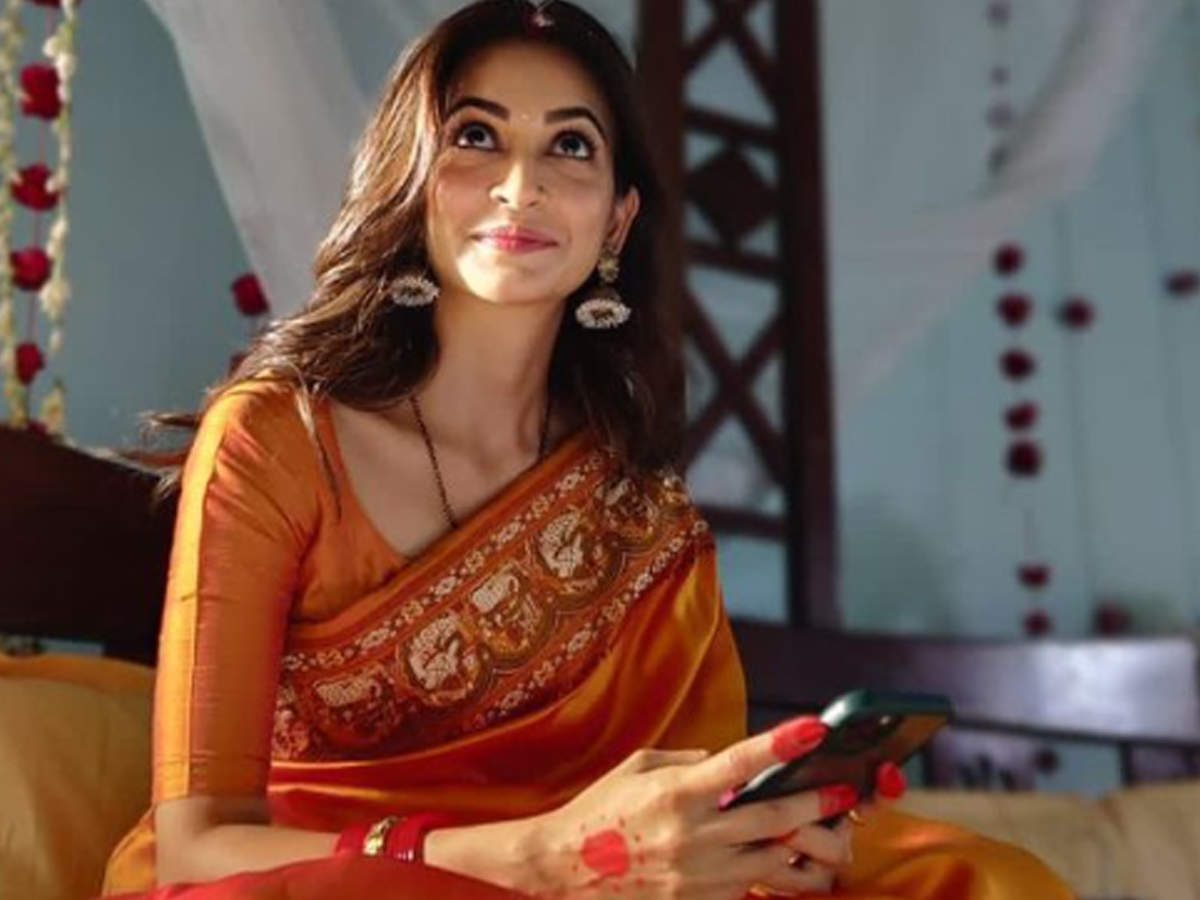 Actress Kriti Kharbanda has a different connection with marriage films. After films like ‘Veere Ki Wedding’ and ‘Shaadi Mein Zaroor Aana’, Kriti is now seen in OTT released film 14 Phere. In this connection, we had this special conversation with him:

You told me that you have become a bride in films so many times that in real life, you might get married wearing pajamas. So, how did you get ready to do another wedding film?
Yes man, I am so tired, getting ready like a bride. Wearing a costume, doing hair-make-up has to work for seven days. It takes a lot of hard work, but if there is work, then keep doing it. Well, my bride’s look in this film is very different. At the same time, the way the story is written, the story-telling is also very different. Like, Hrishikesh Mukherjee or Sooraj Barjatya’s films have both an innocence and mischief, I found the same thing in this script. It is a light-hearted, feel-good film. For a long time there has not been such a clean, cheerful, family drama, lovely love story with dance and songs. There is love, quarrel, family, dance and a lot of confusion in this movie. When I got this film, I had also shot Taish, which had a very intense role, so I wanted to do something light-hearted. It is another matter that she had to be a bride in this too, but its feel is different.

The caste difference in the film becomes a hindrance in your marriage. Somewhere it is true of our society that even today caste and religion become enemies of love. What is your opinion on this thinking of society even in 21st century?
I think we have changed a lot now. Our perspective has changed a lot. We cannot control those who have not changed. I believe that instead of changing others, we all should look within ourselves. If we look at ourselves, our family, our children, then only this change will come. Well, I think our parents’ generation is trying to transform themselves and they should get the credit for it. Interracial marriages are taking place in many places. Love marriages are happening. The parents that we have shown in the movie also follow good traditions, but at heart they want their children to be happy always. We are showing children who can do anything for their families. Otherwise it is very easy, you run away, get married, what will someone do, but in the film we are showing that neither running away is an option, nor separating, so how do you convince the family members. We are saying that both tradition and modernity can go hand in hand.

You said in an interview that you believe in companionship, not in marriage. Since you have found a partner, has your thinking changed?
But the basis of marriage is companionship. Marriage is a very sacred institution and it is successful only when you remain in friendship, with your partner. It is not just a husband-wife relationship, it is a friendship relationship. If you have established this relationship of friendship, then whether you marry or not, it does not matter much. If you have companionship, whether you are married or not will not matter to you. I do not mean that marriage is not a sacred institution, I mean that if you are getting married, then do it very carefully. Sometimes marriage happens for the wrong reasons, you must be sure that the person you are going to spend your life with is worthy of your friendship, your love.

You are taking 14 rounds in the film. When do you plan to take 7 rounds in real life?
This is a very personal decision, so when it happens, everyone will know. I am very clear in this matter that when it happens, it will be in front of you all.